Once upon a time, in a land not so far away (we’ll call it the Durham Region), there lived a wee Princess named Mincom Jo. Now Princess Jo was a very happy Princess, but she longed to spend her time whiling away the hours wandering around a beautiful castle while her faithful subjects brought her food, mail and the remote. This little Princess knew all about castles and came from a very long line of castle experts who had handed down the knowledge for generations: a person’s home was their castle no matter what the size or curb appeal. So, although visions of turrets and moats danced in her head, she was not above enjoying a good “bouncy” castle. 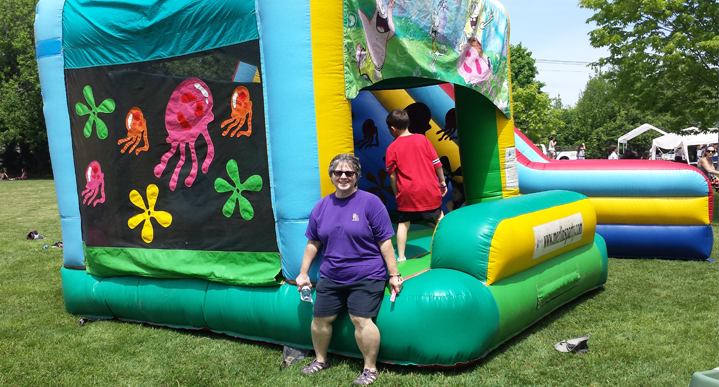 Fortunately for Princess Jo, there actually exists a real castle in the Durham Region. The castle, in Whitby, has been a school for many a young maiden for over 140 years and although Princess Jo did not study there, Trafalgar Castle School “allows” her to visit a couple of times a year.

The Castle was built in 1859 by the Sheriff of Ontario County, Nelson Gilbert “Iron” Reynolds , as his private residence.  Joseph Sheard, the Toronto architect, designed the castle in an Elizabethan style built with limestone, stone and 15 towers. Remarkably, the castle cost $70,000 to build.

There have been many upgrades and state of the art improvements over the years, but the integrity of the original castle has always been kept intact. The attention to detail is evident when you venture inside during an open house.
When the school first opened it had 25 residential students. It now has over 200 students including 70 boarders. It boasts the “World-Best Curricula” including Latin, Mandarin, the highly regarded Singapore Science & Math, Robotics, English Writing and I-Think. “Since 1874, well before the world openly accepted educated women, we’ve been inspiring our students to think progressively and innovate in the face of social challenges…Girls at Trafalgar excel in every discipline.” In fact 100% of the school’s graduates are accepted by the universities of their choice. 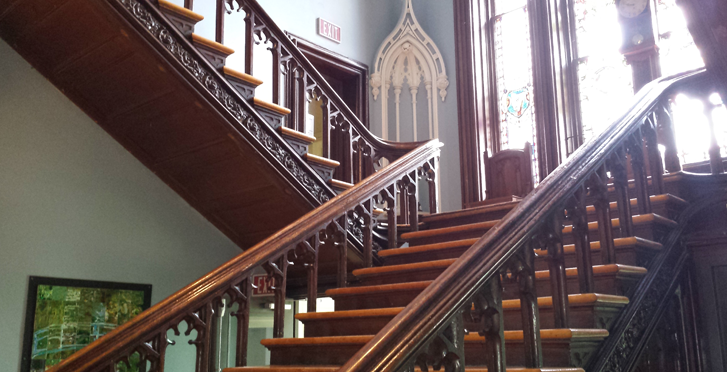 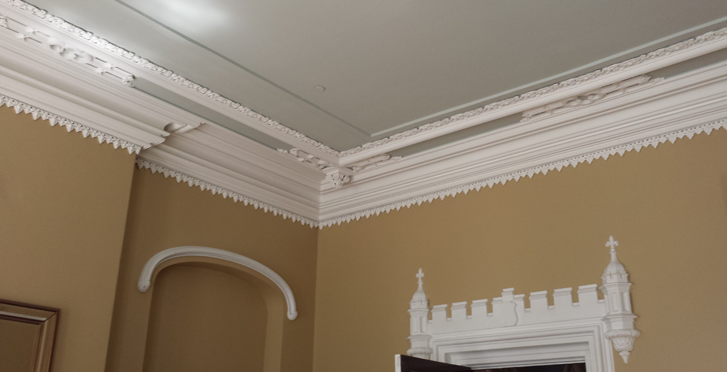 Princess Jo’s favourite time to visit Trafalgar Castle School is when they hold their annual May Court Festival. This year marked their 109th traditional dance around the May Pole. The festival marks the official arrival of spring. Traditionally, graduating students who best exemplify the School’s motto of truth, virtue and loveliness are elected as the May Queen and her Counselors. 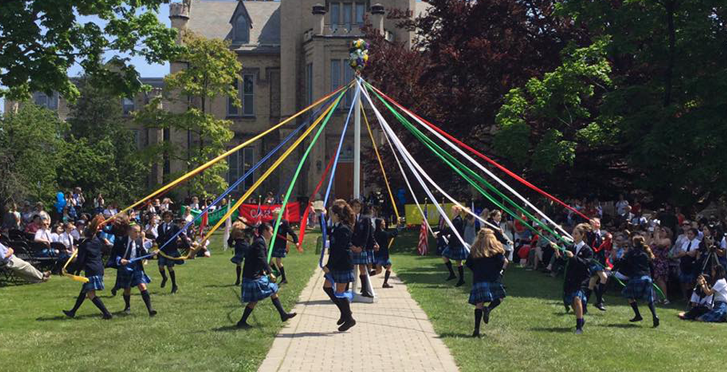 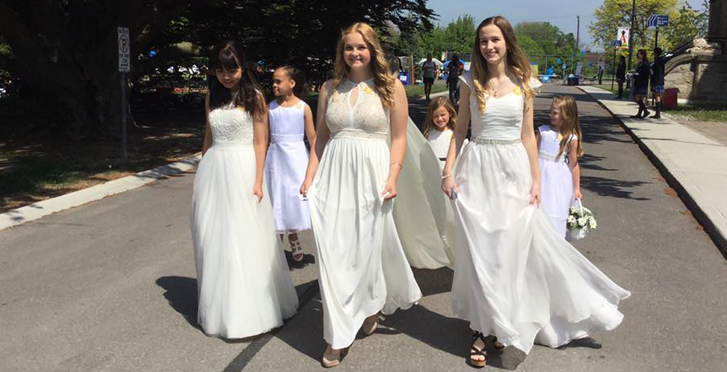 This year’s formal ceremony included words from local dignitaries to mark the sense of tradition and history passed on year after year. Alumnae and locals from the community enjoyed the celebration including many cultural dances performed by boarding students from China and Mexico. When the formalities were finished it was time to enjoy some of the other activities available including Castle Art tours, dunk tanks and a Strawberry Social.
Local vendors offered fun-fair food and freshly squeezed lemonade. 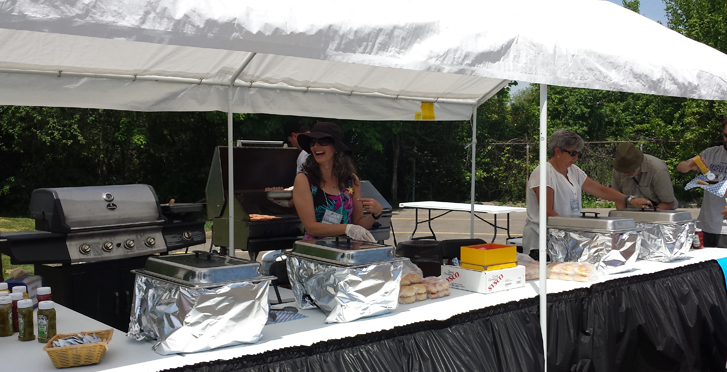 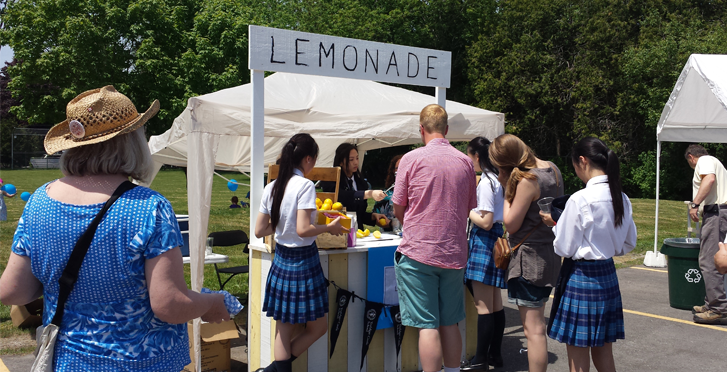 Princess Jo has yet to be invited to dance ’round the May Pole. It could be that she arrives after that part is over. 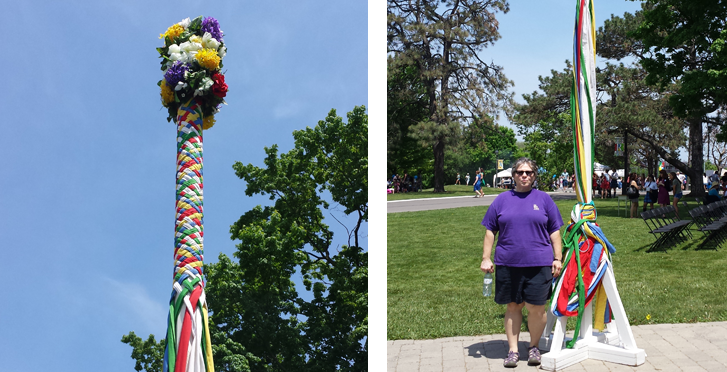 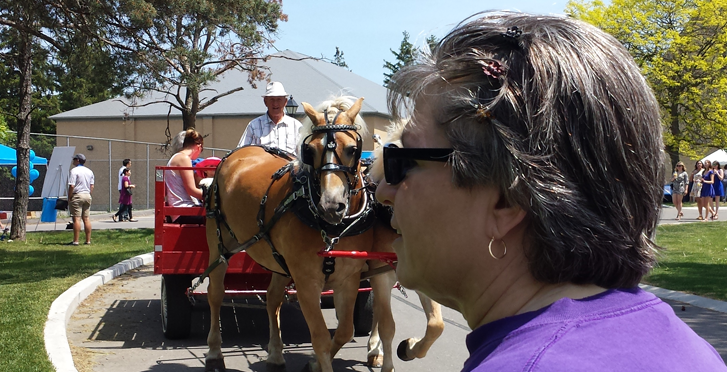 That’s OK, she spotted  horses.It must be her Royal Horse Drawn Carriage arriving to take her for a spin. She found a perfect spot to pick up a few new Princess dresses and some royal jewelry. 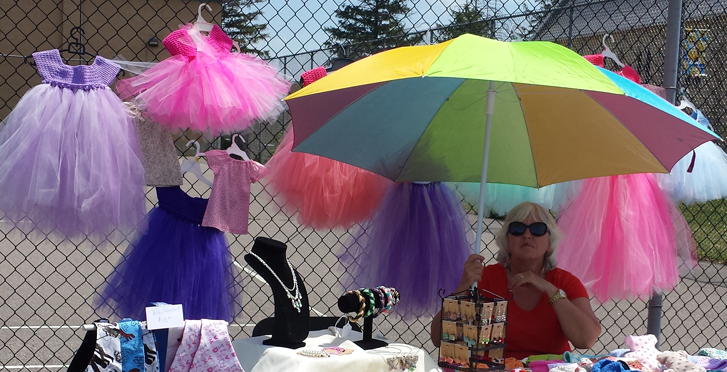 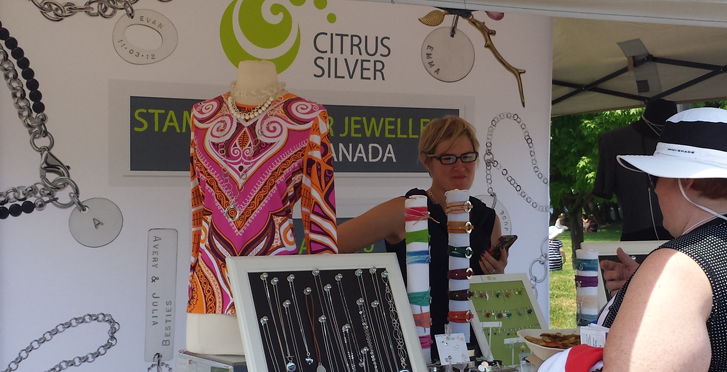 Our special little Princess was even able to connect with some of her loyal subjects. She had this lizard laughing his head off. It was a good day for everyone and Princess Jo was content to go home to her own castle to dream of next year’s visit, leaving everyone to…live happily ever after.
The End 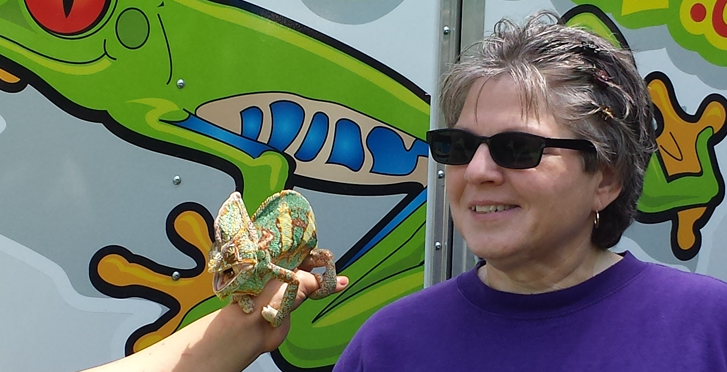