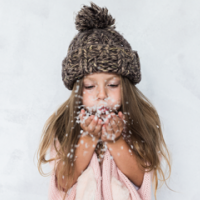 Million Dollar Question?
Toronto Real Estate Board reported for October that the number of sales and prices were both up.

Then in mid November it was reported that this is the first time in awhile the House Price Index went down.

It has also been reported First time buyers are renting longer and Women are taking the lead in First time purchases.

What does this all mean? Who should we believe and where are we going?

Prices continue to rise, if only to return to the place they were April 2017 when prices peaked.

Oh yes, and now First time buyers are considering having fewer children or putting off having family altogether, all for the sacrifice of buying a house... or two... or three, and then maybe becoming a landlord. Now, that may be a whole new career!

Frankly I'm glad Christmas is coming. I love seeing the children's faces at this time of year