More Than the Need for Speed

Chris Cleaver drives an altered 1932 Dodge, but not to work. He turns the AA Fueler loose at the drag strip where its 3,000 HP hemi works to turn seven second ¼ miles reaching speeds approaching 200 miles per hour. The blown “supercharged” engine runs on methanol. It’s a different world…roaring engines, screaming tires and fire suits. Oh, and parachutes to slow you down at the end of the run. 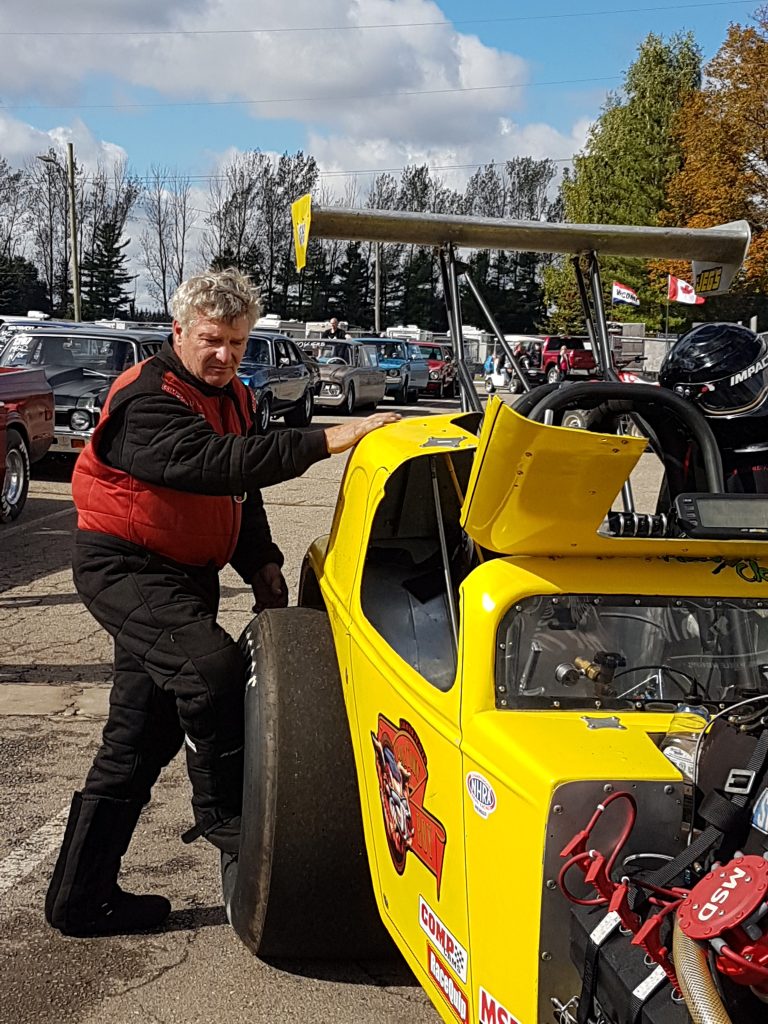 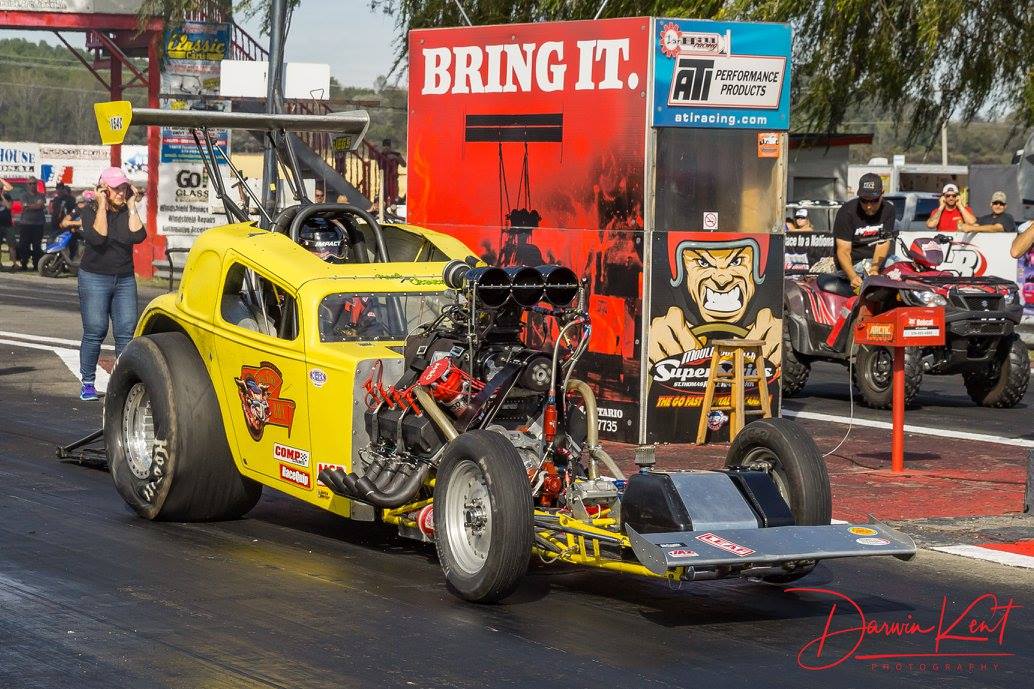 For Chris, drag racing is more than just a hobby. He invests a lot of time, energy, money and skinned knuckles. “I’m not a mechanic”, he says. “The engine was built by Keith Black and I take care of maintenance and everything else but the machine shop work.

On event weekends in the summer, you’ll probably find Chris and his wife, Judy Stacee-Cleaver, at one of the province’s four major drag strips competing with members of the Ontario Nostalgic Drag Racing Club (ONDR). “There’s lots of traveling and many racers come from all over the USA and Canada to participate,” says Judy. “They bring Funny Cars and Jet Cars which are very fast, and motorcycles and snowmobiles too. “And it seems like everyone has a golf cart to tow their dragsters to and from the staging area and to scoot around and visit old friends.” 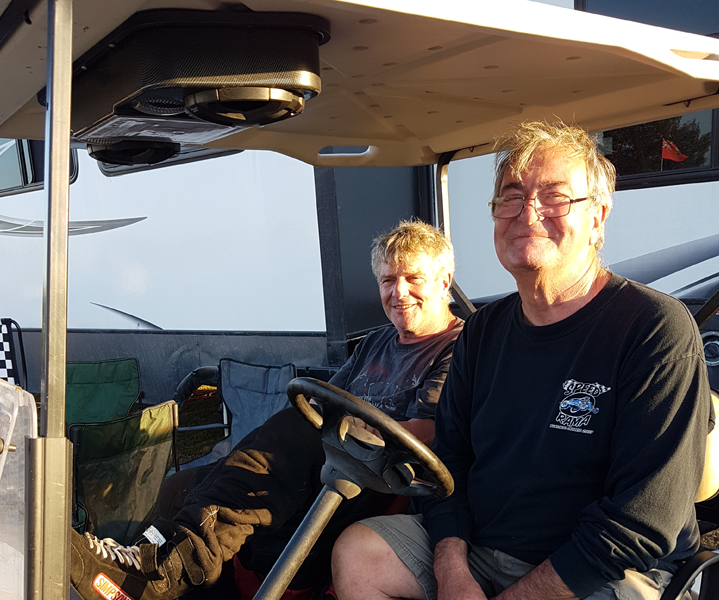 Judy plays an active role in the racing operation and among her other duties gets Chris lined up in the groove (approaching the starting point), then tows the car and him back to the pit after the run. Family friend and sponsor Johnny Bergeron is quite often along and is a main part of the crew.
The dynamic duo race at Toronto Motorsports (the old Cayuga Dragstrip); Grand Bend Motorplex, on the shores of Lake Huron; St. Thomas Raceway Park, just outside of Port Stanley on Lake Erie; and at Shannonville Motorsport Park, near Belleville and have made many friends along the way. ONDR usually has their season finale at St. Thomas, which hosts a Thanksgiving event called the Turkey Nationals. It’s very much a family affair and along with many other clubs, there will be young kids racing their “Junior” dragsters, with their parents sending them off. Often you’ll even see dogs wearing ear muffs as they take in the races. 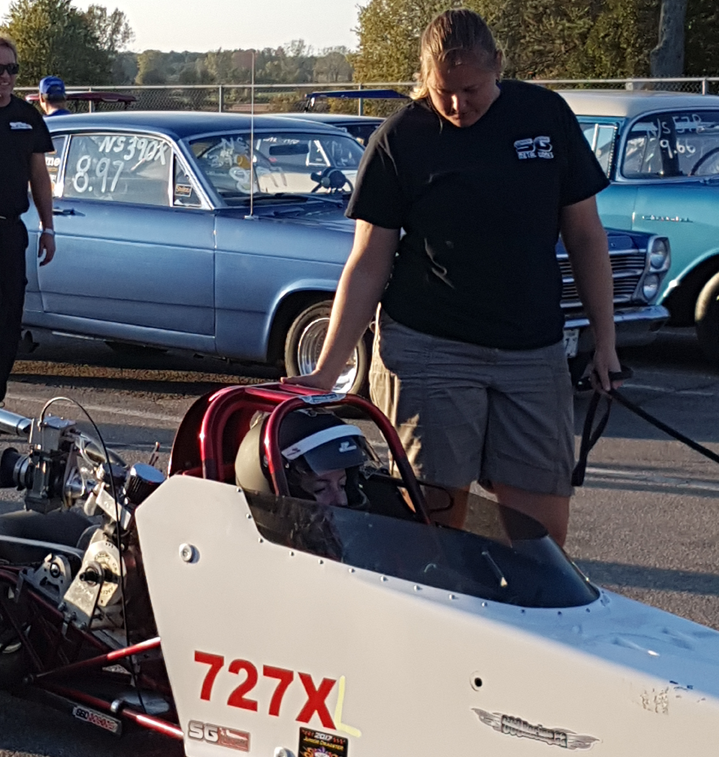 There will also be many campers and RV’s as members enjoy a weekend of fun which winds up with a festive turkey dinner.

“It’s a sport that brings together people from all walks of life, with many different jobs and functions,” says Judy. “And I’m here to support my husband. “It’s very exciting, although the faster he goes the more nervous I get. “But, there are a lot of rules and many safety considerations.” For instance, racing on methanol is somewhat safer than gasoline. Methanol has a lower burn temperature and is easier to control in case of fire — and a methanol fire can be put out with water. On the other hand, it takes more methanol to generate the same energy as you would from gasoline. That means that the car gets lighter as the methanol burns off during the run and the dragster can become less stable as you near the finish. “It’s about learning, challenging yourself,” Judy points out and Chris adds, “It’s all trial and error.”

The nostalgia and camaraderie appeals to Chris, perhaps even more than the “need for speed”. “That’s what I really enjoy,” he says. In the Nostalgia Drag Racing world, friendships last longer than a few months of preparation and a blistering seven second rush on the strip.